You know, there are lots of reasons we see things in photos.  Even the best alleged ghost photos can be challenged.  I do believe that  there have been spirits captured by the eye of the camera.  Just this month we had a first run television show about the paranormal that displayed some photos taken at the seen of a fatal traffic accident 32 years ago.   These photos were taken by the police and I for one would not question them because, in my opinion the police have no axe to grind in regards to the paranormal.  They have no dog in the fight so to speak and they are not going to fake photos to prove the existence of ghosts.  That being said, any photos I present which I have taken, I leave it up to you to decide if they are anything.  I present them because they are interesting.    I cannot tell you they are ghosts.  I doubt very much a forensic photographer would say that they are.  I know many investigators who do not trust photos.  So, keep all that in mind when I present photos of any kind here.   Also keep in mind that these are photos taken by me in places of alleged haunting such as the RMS Queen Mary.


When I take photos at a alleged haunted location I try to take three or four in a row because if something shows up in one or two frames and not the other two or three then the theory is maybe you have something.  With that being said, I'd like to show you some interesting pictures taken with my new Flir 1.   Are they ghosts?   I don't know.  You decide for yourself. 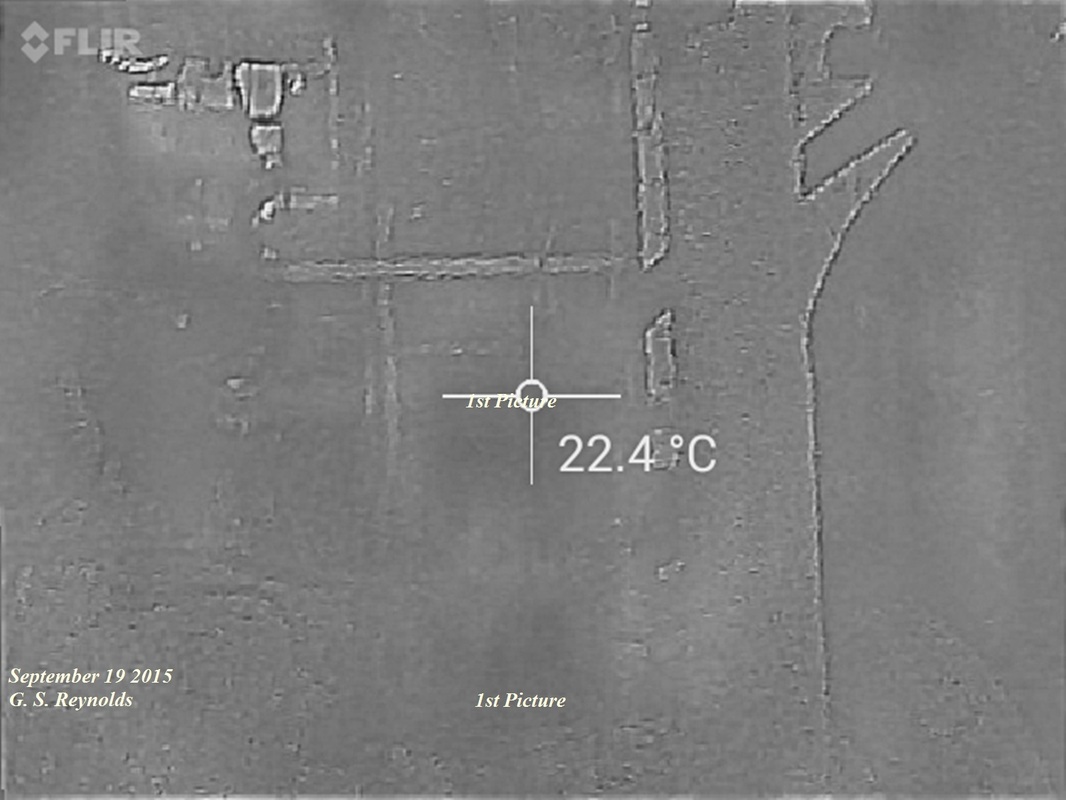 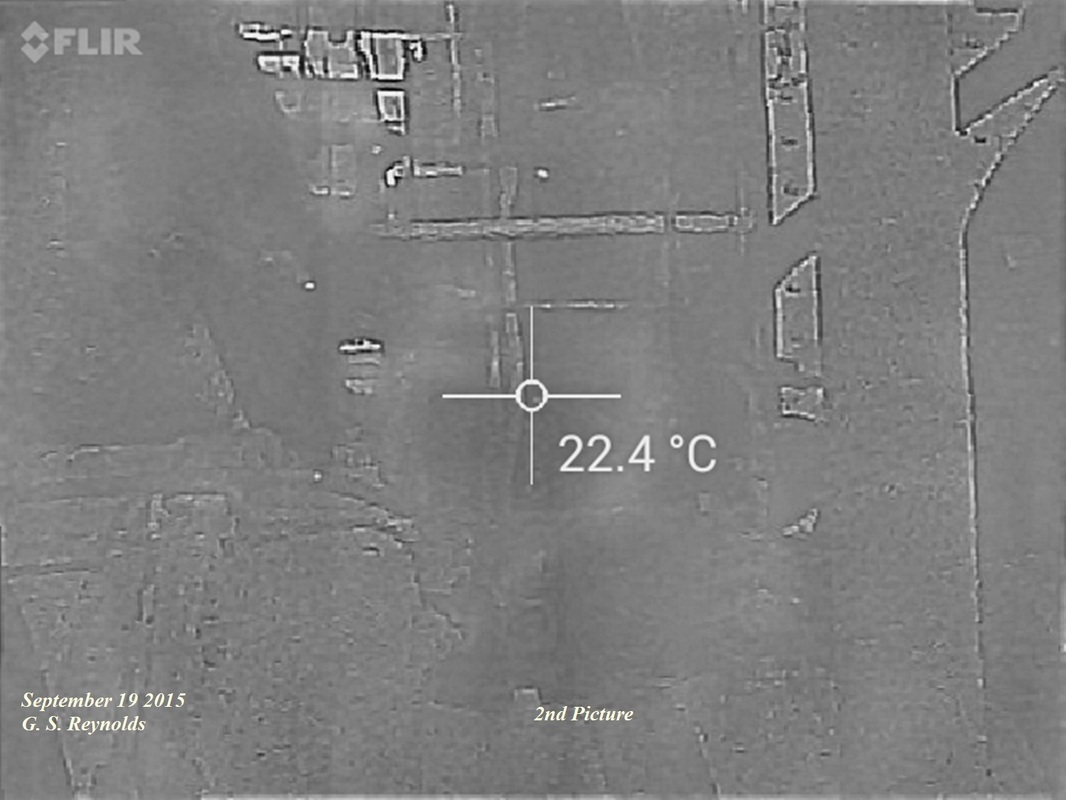 2nd picture, do you see anything?
Here is the second picture in this series.  Do you seen any differences?  Anything standout to you?   You see the temp is the same. 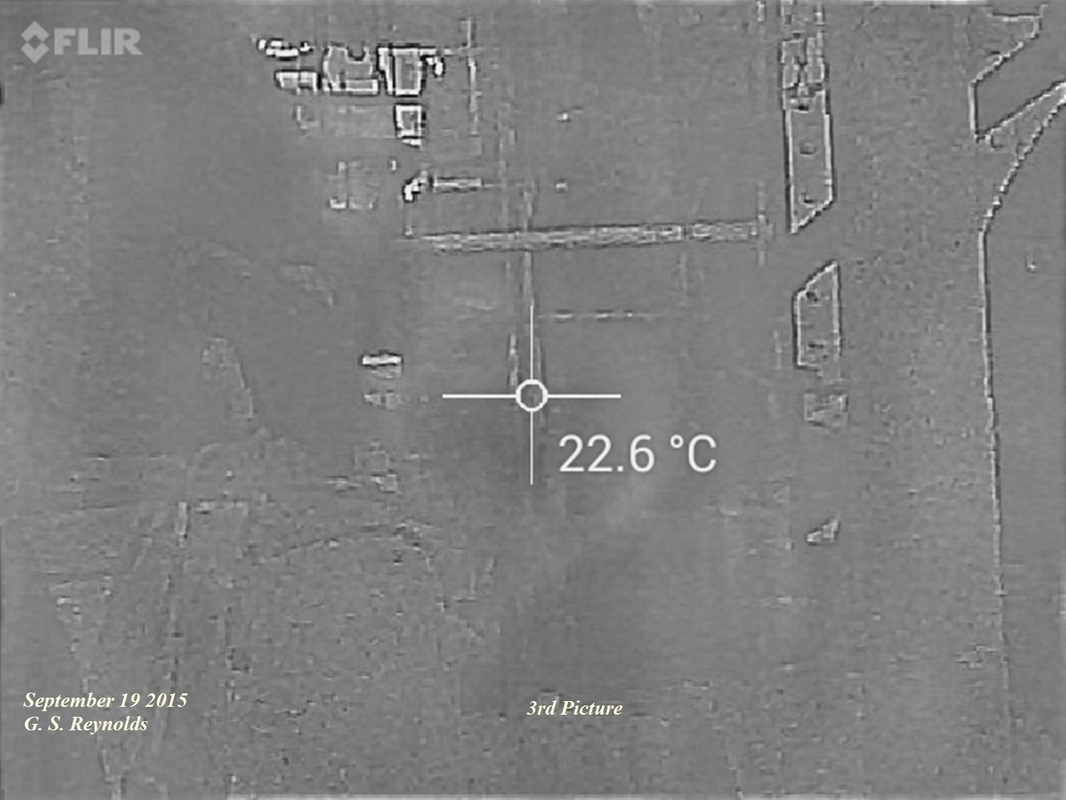 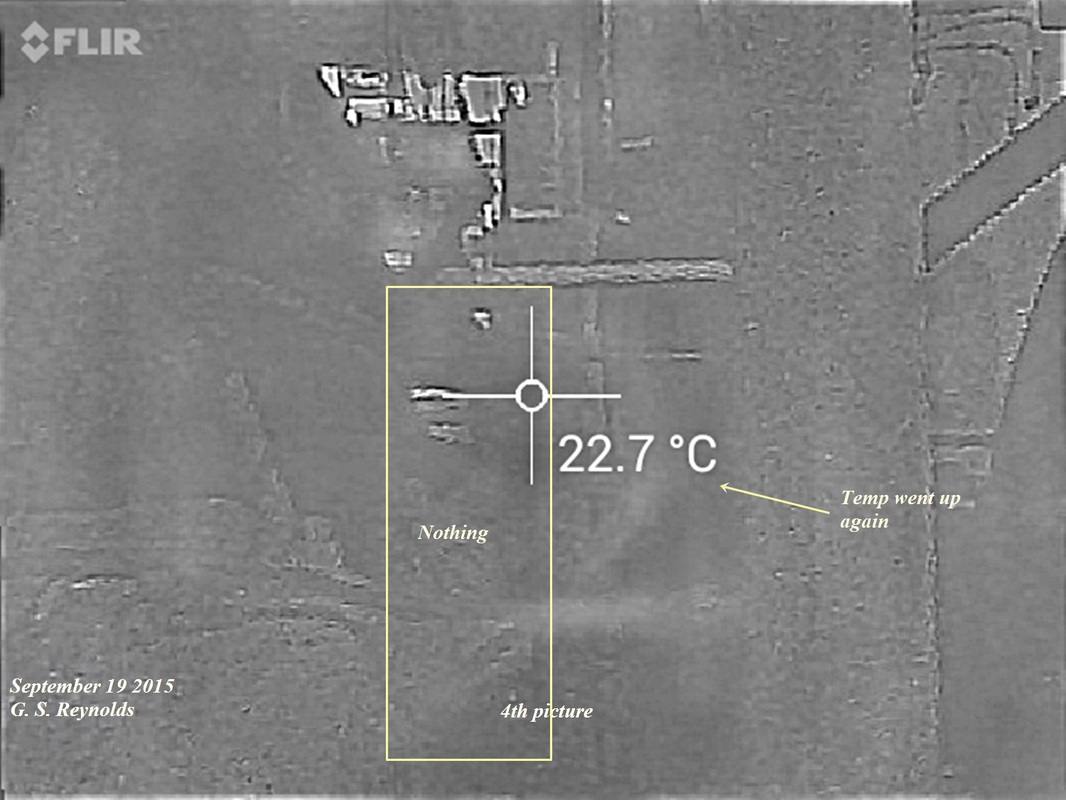 Final picture of this series.
So, something in my opinion definitely appears on one of these photos.  Obviously you can see that I think nothing appears in the last photo.
These photos were taken with a Flir Camera device which picks up on heat.  In this gray scale mode the hotter surfaces appear white and the cooler surfaces or objects appear dark or black.  Theoretically, when you using a Flir camera during an investigation you're looking  for something that appears to be much different in temperature and shading then it's surroundings.  Some believe that ghosts would appear to be darker than their surroundings in these kinds of photos.  Why?  Because they do not have a body.  They are spirit.  Humans appear white in this gray scale mode for Flir.

Is there a ghost in any of these photos?  I don't know.    What is your opinion?
The video you are about to view was recorded with  a Flir 1 camera attachment for my SamSung Galaxy S III with Android. Let me say that I make no claims as to what the images in the video are.  I will not tell you they are ghosts.  I do not know that they are.  There is also some interesting audio captured.  The 1st voice says "We claim the mercy".  The 2nd voice is sort of a grunt and the 3rd voice says "We're all on deck can he see us?"  They do not seem like things most people would say.  This takes place down by the propeller exhibit of the RMS Queen Mary, next to the Royal Theater.  I am facing the portside entrance to the Rudder Control Room heading aft.   One question in regards to the shadow figure you will see walk into frame on the video being my reflection, I do  not believe it is.  The figure is at least 20 to 25 feet away from where I was and the area is dimly lit and some what dark.  You decide for yourself what you think.